What are we without a mentor? 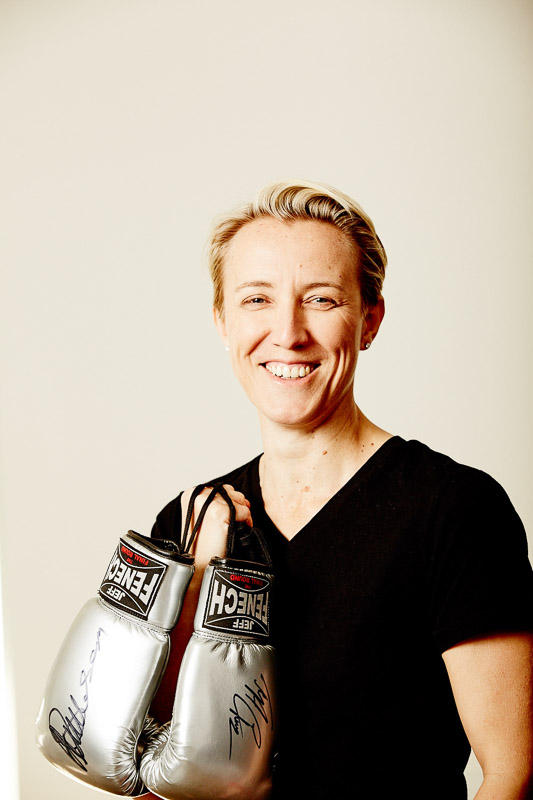 When Nadine Champion was a kid, she wanted to be the grown-up lady version of Daniel San from The Karate Kid. “The first time I did martial arts, I fell in love,” she says. So she sought out her own Mr. Miyagi, flying to LA to follow him around with a notebook and pen, and sleeping in a smelly gym to save on costs.

Today, Sensei Benny remains her greatest teacher. “I’ve spent 20 years being taught by one of the world’s greatest fighters, the legendary, undefeated World Kickboxing Champion Benny ‘the Jet’ Urquidez. He taught me that to win, you need to have ‘the mental edge’.”

Read More: The Rules of Engagement Once You’ve Scored Your Dream Mentor

This week, speaking at a Facebook and Connected Women ANZ event centred on mentorship, Nadine talked at length of her devotion to martial arts and how the physical training required offers an opportunity for inner growth. “Being an undefeated champion fighter means you learn a lot about how to win. Victory is rarely an accident,” she says.

“Being an undefeated champion fighter means you learn a lot about how to win. Victory is rarely an accident.”

We were so moved by her presentation that we’ve put together a summary of her most quotable takeaways. And in case you were wondering, her surname really is Champion: “I swear, I didn’t change it. Makes it a bit awkward when you think you’re gonna lose,” she said.

1. Even if you think you’re failing, come back tomorrow. When something bad happens, you have a choice to get up or not. Some people will stay down forever; maybe they got divorced, something happened with their kids, they got retrenched. Sometimes you have to keep putting one foot in front of the other.

2. I don’t know everything. I’m only so strong, so clever, [thus] I need someone else to guide, to encourage me. You might need an external person to see, more clearly than you, what you’re capable of. When a mentor gives you a good mindset about facing obstacles, it makes all the difference. Once, when I was in the ring with one of Sensei Benny’s best students, the guy was laughing at me, sticking out his chin and throwing me off. Sensei just said, “Is that all it takes to break you? Change your thinking.”

3. 10 seconds of courage. I can’t win a title fight if I stay in the dressing room. It’s just a burst of courage that’s needed; you don’t have to be brave forever to call yourself brave. Just being brave for a minute can change your life, like walking up to Richard Branson, that requires 10 seconds of courage. There are things to be scared of. When you face the pain, you acknowledge it. Sensei Benny would say, “You afraid? Is your defence good? Have you trained hard?” He’d get me to acknowledge my fear, in order to break the power of it.

4. How badly do you want it? What are you prepared to do? It’s not enough to want to win, but you’ve also got to be prepared to do what it takes to get there. I’ve felt the snap of my own bones in the ring and kept fighting on to win. I was prepared to give everything I had in those hard moments, and that’s why I’m undefeated. That’s also why I won my battle with cancer. I just gave all I had when it mattered the most.

5. Go after a dream you can’t comfortably achieve. I wanted to be a champion fighter like Sensei Benny. I wanted to win one of those shiny Elvis belts, the big title belts. In order to succeed, you move the marker and the level you want to achieve. Before my first title fight, I dislocated the finger on my right hand. I thought my dream had been taken away. But I decided I would keep pursuing it; that I’d keep pursuing it with my other three limbs.