One entrepreneur proves the benefit of pivoting. 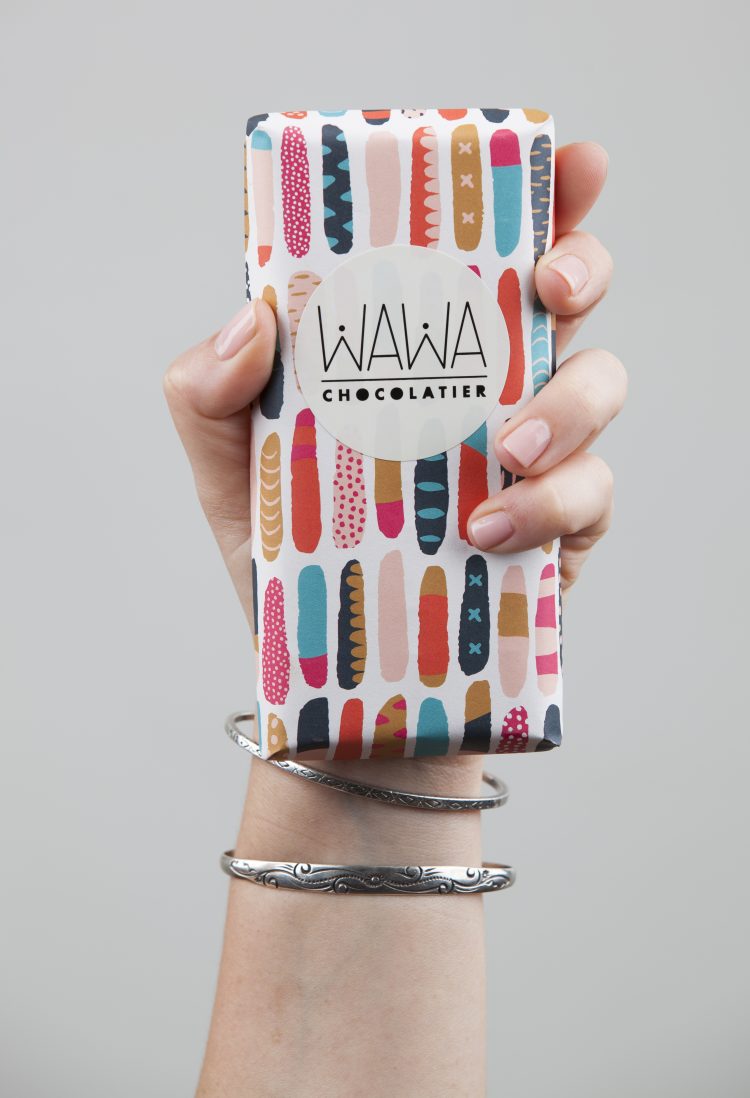 Often we expect a career pivot to be the result of someone finally realising a dream after years of thankless work in a dead-end job. For Wawa Chocolatier founder Jade Anderson, however, her journey to small business owner was less about consciously carving a new career path than it was about actually finding employment that offered the right outlet for her skills.

“I had been living in a remote town in the Kimberley in Northern Western Australia, where I studied horticulture,” Jade explains. “I was part of a start-up there that farmed Indian Sandalwood. On the side, I grew 32 hectares of watermelons and ran a juice bar at the weekend markets.”

When Jade decided to relocate to Melbourne, the urban environment was tough on her extensive, hard-won knowledge of the land. Those successes in the field or at the markets didn’t exactly translate to a CV.

“The move to the city rendered a lot of my previous qualifications and experience redundant,” she confesses. “I was suddenly a tiny fish in a huge pond struggling to get an interview for roles I knew I was perfectly capable of doing.”

Despite in-depth study and a wealth of small business knowledge, Jade was left to begin again, searching for any work she could get her hands on.

“I was relegated to hospo and office administration roles, but I was used to much bigger challenges and responsibilities in the country. I realised early on in Melbourne that I would have to work out a way to employ myself.”

That avenue was creating her own company and in 2014, Jade launched Wawa Chocolatier – a company that creates indulgent, hand-tempered chocolate with a focus on locally produced ingredients, from Victorian organic blueberries to Melbourne City Rooftop Honey, both of which are rippled through her creations.

Jade didn’t have to look too far for inspiration when it came to conceiving her start-up. Working in the office of Savour Chocolate and Patisserie School chocolate school in Melbourne’s Brunswick helped the budding entrepreneur get to grips with newfound skills – and potential industry gaps.

“I recognised a little hole in the high-end chocolate market,” she explains. “Some amazing bean-to-bar products were hitting the Melbourne food scene, but they were all dark, single-origin bars.”

“I wanted beautiful, ethical bars [that] you could smash in a single sitting. Milk chocolate, oozy caramels, honeycomb. All that yum stuff that you could find in lower quality chocolates, but not in high end.”

After confirming this with some research of chocolate competitors, Jade took the leap. Finding a sense of belonging in the farmer’s market scene, Jade and her business went from strength to strength.

“Markets are such a great way to float a business idea with minimal risk,” she advises. “When I started, the markets were everything for me! I was so happy to be able to be a part of the farmers market scene on Saturday mornings. Gumboots on, happy dogs everywhere, and dozens of food producers and growers talking shop. I found my ‘farm tribe’ in inner city Melbourne and I wouldn’t have cared if that was all that came of it, but, of course, from there things grew.”

Now, Wawa Chocolatier boasts a growing social following, several stockists across Melbourne and a host of consistently tempted fans. Adding to her fan club, Jade says, has a lot to do with the brand’s vibrant and playful visual approach: each bar embraces colour and bright graphics, rather than a serious muted tone, to tempt customers into falling in love with the brand’s ethos, not just its taste.

“The look of the brand, the design of the packaging… that’s where the engagement begins and it makes it an exciting food product for people to share visually on social media.”

Similarly, Jade invested in a visually engaging website platform – Squarespace – for a reason.

“Selling food online can be a tough gig because the customer has no way of knowing how it’s going to taste or if it will equate to good value for money,” Jade explains. “The visual presentation of your product, brand and business culture is incredibly important for encouraging the customer to take that chance. The Squarespace platform is perfect for this, both technically and culturally. Squarespace, in itself, is a contemporary, effective and dynamic brand.”

Despite considerable growth since its early, farmers market days, Jade maintains a firm grip on the company’s original concept of careful, considered chocolate by still crafting every single bar herself.

“We are seeing a lot more of this on the market these days, but Wawa remains unique because it is still made in small batches by me, by hand. I am a one-woman show. I temper by hand and the products are full of love and care.”

Steering the small business ship solo didn’t just teach her lessons about the bottom line, however.

“Hiding inside my busyness,” she says, has been her biggest business mistake. “I convinced myself that I was ‘too busy’ to look after myself and my relationships for a couple of years, and as a result my little world came crashing down and I had to pick myself up and sift through the ashes to work out what had gone wrong.

“Now I work much harder to hold space for myself and my relationships even on my busiest days, and the benefits are numerous and profound.”

If you’ve got an entrepreneurial pursuit that requires a sharp and simple-to-use website, get started today with Squarespace.com and use the code COLLECTIVE for 10% off your first purchase.